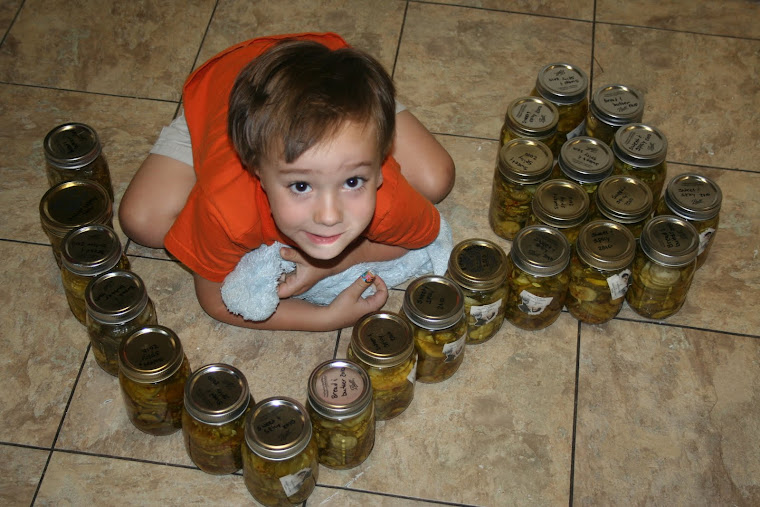 It's that time of year again!  Pecans are falling off of trees all over the place!  (and it's almost Thanksgiving, but that seems secondary to pecan season right now) 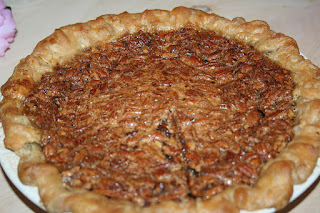 This is my favorite version of pecan pie.  The recipe comes from the Cotton Country Collection - the local Junior League's first cookbook, published in 1972.

And yes, my grandmother's famous "Pea Goo" also appears.  I'll save that recipe for later in the week.

Anyway, it's duck season, too, so I was entertaining the boys by myself this morning.  And we made pie!

And since it's also Thanksgiving season, be expecting to see a lot of related posts this week :)  In the meantime, here are some old favorites that are Thanksgiving-worthy:
Pumpkin cheesecake
Macaroni and cheese
Roasted brussel sprouts
and French bread

and coming soon, my FAVORITE Thanksgiving side - Spinach Madeline

But back to the pie.  I don't actually bring this anywhere for Thanksgiving (my husband's sister is in charge of pecan pie and you don't mess with tradition!)... but my husband was begging for one a little early.

Start out with an unbaked pie crust.  If you want to make your own, I highly recommend this one by Smitten Kitchen.

Just be forewarned, if you let your 5 year old roll out the dough, it may not be as even as you would like.  However, since my pie crusts are rarely things of beauty anyway, it's nice to have an excuse!


And he definitely had fun!

As for the filling, it's pretty basic.  Eggs, sugar, Karo light corn syrup (to which my son said, "I thought you said corn syrup is bad for me"... sigh).

And some flavorings - a little lemon juice, salt, and vanilla.  And a splash of bourbon, if you're so inclined.

Then 1 cup of roughly chopped pecans...

AND (and this is what truly sets this pecan pie apart)  browned butter. 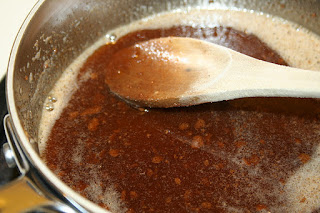 Basically, you take a stick of butter and heat it in a saucepan until it smells nutty and brown and delicious.  Then let it cool and pour it in with the rest of the pie filling. 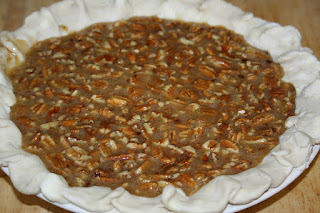 Pour the filling into your pie crust and bake!

In a saucepan, brown the butter.  In a separate bowl, add the ingredients in the order listed. Blend in the browned butter.  Pour into the unbaked pie shell.  Bake at 425 for 10 minutes, then lower the oven temperature to 325 and bake for another 40 minutes.  Let cool.

Delicious with ice cream, whipped cream, coffee... and turkey!
Posted by Louisiana pickle at 10:10 AM

Louisiana pickle
I am the mother of two constantly entertaining boys, ages 8 and 5. I'm married to another teacher/ yard man/ jack-of-all trades. Currently, we live in the town where we both grew up, which has its advantages (grandparents!)